30 years and the Hunter Estuary

This year marks the 30th anniversary of the HEI and we intend to celebrate this milestone in true HEI style!

What better way to kick off the celebrations than with a seminar focusing on the lifeblood of the Hunter Region – the Hunter River Estuary. Our seminar focuses on the estuary’s natural environment, human and economic importance, and what the future holds.

Speaking on these issues will be: 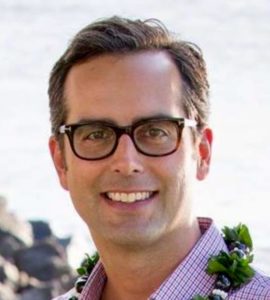 Associate Professor William Glamore is the Principal Research fellow at the Water Research Laboratory, School of Civil and Environmental Engineering at UNSW Sydney. Dr Glamore leads a large team of researchers focused on estuaries, ports, wetlands and rivers with a particular focus on the Hunter River region. Dr Glamore is a member of the inaugural NSW Coastal Council and the Marine Estate Expert Knowledge Panel. Dr Glamore is also the Chair of the Worldwide Association for Maritime Transport Infrastructure (PIANC) in Australia and the Williamtown PFAS Investigation Expert Panel – Water Working Group. 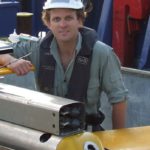 Dr. Matt Taylor is a Principal Research Scientist with NSW Department of Primary Industries and Conjoint Professor with University of Newcastle. He primarily works in the area of fisheries enhancement, prawn biology and ecology, ecotoxicology, and fisheries economics. In recent years, he has focused on researching catchment-habitat-fishery linkages to support enhancement of fisheries productivity through targeted rehabilitation and restoration, and derive estimates of the economic benefits provided by healthy catchments and estuarine habitats. 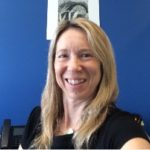 Sharon graduated with an Honours Degree in Natural Science and a Research Masters from Trinity College Dublin in 1994. She worked for the Inland Fisheries Board in Ireland before emigrating to Australia in 1998. From 1999 to 2003 Sharon worked as a Conservation Manager for NSW Fisheries in northern NSW. Her role involved dealing with habitat compliance matters, participating in the NSW Governments water reform process and managing the Fisheries Habitat Action grants program. She moved to the Port Stephens Fisheries Research Centre in 2003 and worked in the NSW Fisheries Threatened Species Unit as a Senior Conservation Manager. In 2004 she took on the role as Murray Darling Basin Authority’s Native Fish Strategy coordinator for NSW and became a founding member of the DPIs Conservation Action Group coordinating major aquatic habitat rehabilitation projects across the state. Sharon moved to OEH in 2011 as the Principal Estuary Specialist and following a restructure in 2013 become the Senior Team Leader for threatened species leading a team to implement the Government Saving our Species program. Sharon become Director of the Hunter Central Coast Branch of OEH in 2016. Her responsibilities include provision of advice to councils and DPE on planning matters, delivery of the regions Saving our Species projects, leading implementation of resource efficiency programs, compliance under the Biodiversity Conservation Act 2016 and provision of advice around water, flood and coast matters and managing the maintenance of the Hunter Valley Flood Mitigation Scheme.

Also, keep an eye out for our upcoming 30th anniversary networking event – an afternoon cruise on the Hunter River on 7 September!