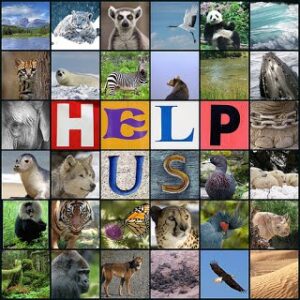 Every year on the third Friday in May, thousands of people around the world participate in Endangered Species Day by celebrating, learning about, and taking action to protect threatened and endangered species. Wildlife refuges, zoos, aquariums, gardens, schools, libraries, museums, community groups, nonprofits, and individuals hold special programs or events for people of all ages.

HEI are excited to announce our first hybrid event, featuring the ability to join us face to face at NuSpace, to hear from some internationally renowned speakers about conservation efforts for endangered species. Join us to hear from Dr. Kaya Klop-Toker from our own University of Newcastle from the Frog research group discussing Green and Golden Bell Frogs, and Dr Kira Mileham from the Species Survival Commission, International Union for Conservation of Nature (IUCN), joining us in person.

The extinction threat faced by more than 130,000 species of plants, animals and fungi has been assessed and documented on the IUCN Red List of Threatened Species. Of these, 37,400 are considered threatened and global trajectories for species loss continuing to worsen. However, there cause for is hope; we know how to save species we simply need to do more of it – to act more strategically and work more together. Dr Kira Mileham will give an overview of the tools, approaches and partnerships being used by the 10,000 species conservation experts who make up the Species Survival Commission (SSC) of the International Union for Conservation of Nature (IUCN) to reverse the trends in species loss around the world.

To find out some things you can do yourself to help endangered species, check out https://www.endangered.org/10-easy-things-you-can-do-to-save-endangered-species/. 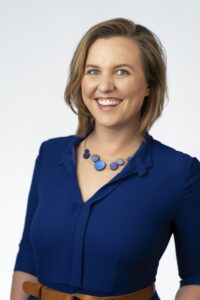 As the Director of Strategic Partnerships for the International Union for Conservation of Nature (IUCN) Species Survival Commission (SSC), Kira is globally responsible for strengthening collaborative species conservation efforts of IUCN SSC’s extensive network of 10,000+ scientific experts by connecting them with NGOs, Corporate partners and Government Agencies. This match-making role leads her to sometimes be referred to as the ‘dating-app’ for species conservationists.

Kira is also a formal adviser on the Global Council of the World Association of Zoos and Aquariums as well as the Field Conservation Committees of most of the world’s regional Zoo and Aquarium Associations. Kira holds degrees in Conservation Ecology, Public Relations and a PhD in human behaviour change and impact evaluation from the University of Newcastle, Australia. 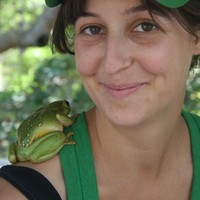 Dr. Kaya Klop-Toker is a conservation biologist specializing in population ecology and adaptive management of threatened amphibians. Kaya is passionate about understanding the often multi-faceted mechanisms behind amphibian decline, with her research having focused on disease, invasive species, habitat suitability, translocations, and mitigation.

In 2017, Kaya completed her PhD at the University of Newcastle, Australia, on a project investigating the impact of disease and invasive fish on captive bred and released green and golden bell frogs (Litoria aurea). Preceding her PhD, Kaya completed an honours thesis in Adelaide, South Australia, investigating the ecology of a remote population of desert tree frogs. In addition to her own academic research, Kaya has worked for the New Zealand Department of Conservation on a project monitoring endangered native frogs, as well as several volunteer positions researching herpetofauna or endangered species in Madagascar, Western Australia, Bolivia, and Ecuador.

Kaya is an author on 16 journal publications and 20 conference and community presentations, and is currently working as a post-doctoral researcher in the Conservation Biology Research Group at the University of Newcastle.

Kaya’s current research is investigating the impact of longwall mine subsidence on threatened stream breeding frogs. In the present study system, longwall mine subsidence can reduce stream flow, lower below-ground water tables, and altered water quality. These impacts can be temporary, however permanent water loss is common. To determine the impact longwall mining is having on target species, Kaya’s team is working towards quantifying the habitat disturbance of longwall mining, and modeling L. littlejohni’s breeding habitat requirements, population connectivity, and occupancy across the landscape.

Missed our event? View the recording here (we’ve removed Kaya’s presentation in respect of her wishes):