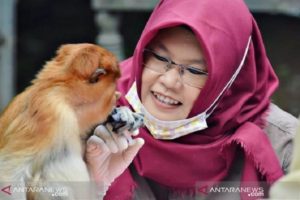 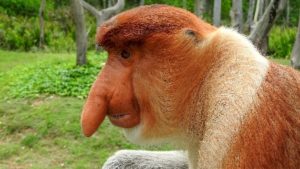 Conservation biologist Amalia Rezeki presented a seminar at NewSpace on 19th June on her brilliant conservation work with proboscis monkeys (Nasalis larvatus), also known as bekantan, an endangered endemic primate species of Indonesian Borneo.  Amalia is a staff member at the University of Lambung Mangkurat in Banjarmasin, South Kalimantan, Indonesia and runs Sahabat Bekantan Indonesia, a nonprofit that works to protect the proboscis monkeys.   Due to loss of their mangrove habitat and hunting, proboscis monkeys are listed as endangered, with fewer than 7,000 animals left in the wild.  Compounding this danger to the species is the loss of mangroves forests, which are the staple diet of the proboscis monkeys – just like gum leaves are the staple diet of koalas.  Between one-third and one-half of these forests have already disappeared due to timber harvesting and drainage for oil palm plantations.   The male proboscis monkey is characterised by its huge nose. The bigger the nose a male proboscis monkey has, the likelier it is that he will have a large, multi-female harem. Amalia has dedicated most of her life to preserving and protecting this long-nosed animal which is an icon of South Kalimantan. She built a proboscis monkey research station inaugurated in 2018 by ULM Rector Prof Hadi and Prof Tim Roberts from UON in 2018. Her tireless efforts to preserve the proboscis monkey are bearing fruit with local people starting to take care of proboscis monkeys and their habitat, and the regional government issuing regulations for saving bekantan, including developing sustainable tourism based on bekantan as a vehicle for recreation and education. 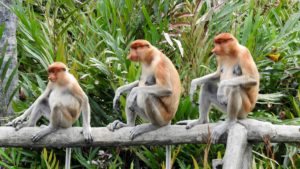 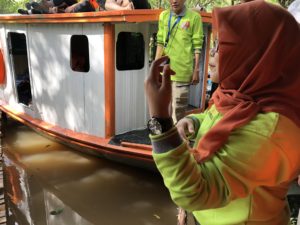 Three visits to Indonesian Borneo have allowed Prof Tim Roberts to get up close and personal to the unique fauna of Borneo, in particular the orang-utans and the proboscis monkeys, both endangered. Geographically, Borneo is located to the west of Wallace’s Line, described by A.R. Wallace in 1869. The Line divides the Asian flora and fauna (orangutans, elephants) to the north and west, from the Australian flora and fauna (kangaroos, marsupials) to the east and south. Borneo has 420 bird species, 220 mammals, 13 primate,3000 anthropods and 106 snake species. 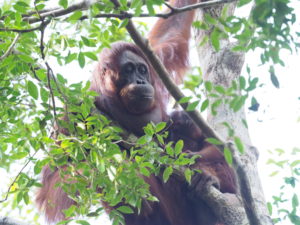 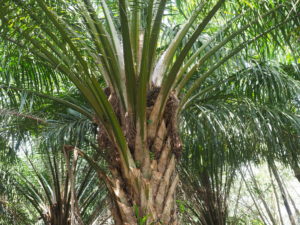 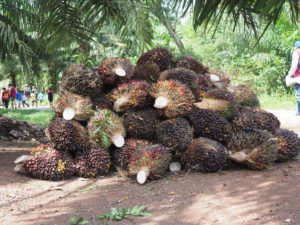 Indonesia has major environmental challenges as the country moves to a more industrialised economy. There is major clearing of land in Borneo for cash crop plantations, such as oil palm (85% of the world’s production is in Indonesia) and rubber plantations. Open cut coal mining is also a major growth industry. Major concerns include forest and habitat destruction, illegal logging, more frequent flooding, polluted rivers, and peat forest fires creating haze and smoke. As well, Indonesia wants to expand its infrastructure, in areas such as transport. This process is very destructive. 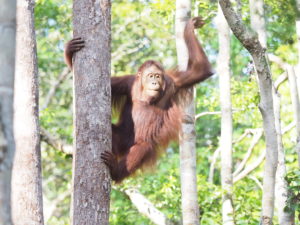 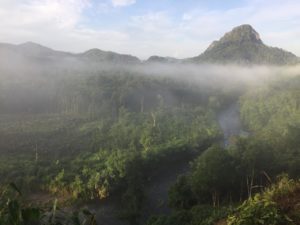 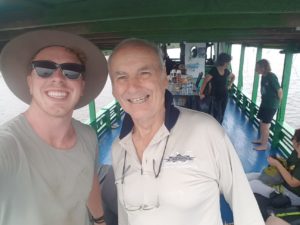 In an effort to prevent loss of forest habitat for orangutans, western society has mooted bans on the use of Palm Oil products. But such a ban will have a huge impact on Indonesian income, jobs, workers, and support activities. Palm Oil generates $20 billion in export earnings. This clash with conservation activities has yet to be resolved, although there are signs of better control over industrial development. Ecotourism opportunities exist, but currently there is minimal expansion.

The challenge is to create a sustainable future where environmental protection can be in balance with economic development. 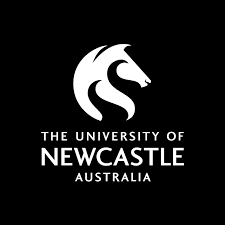 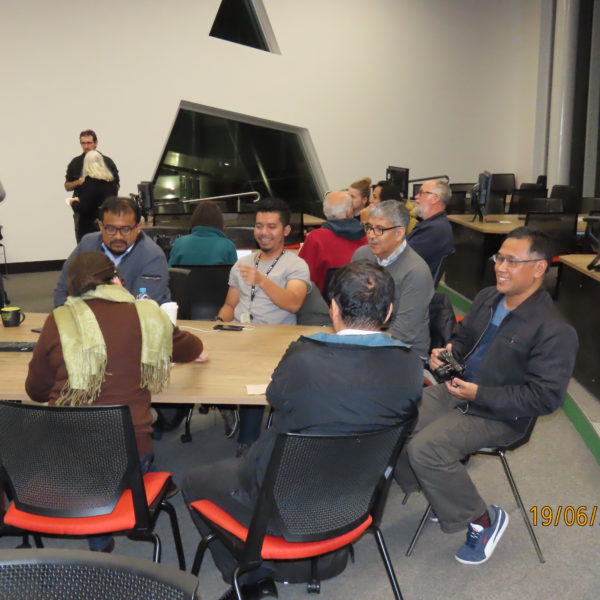 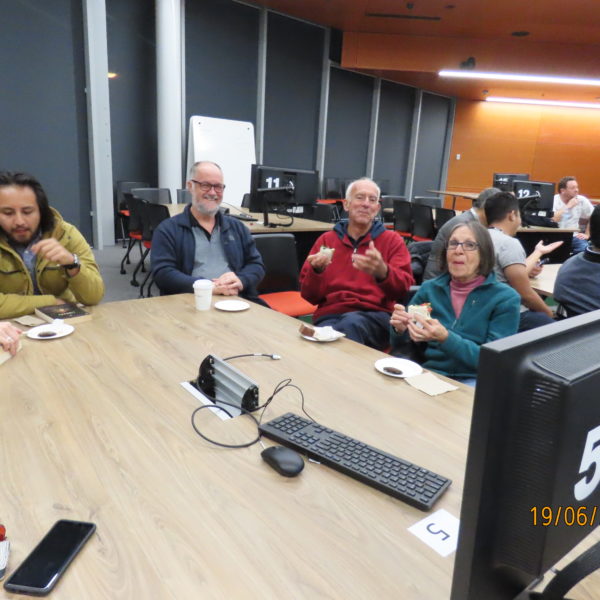 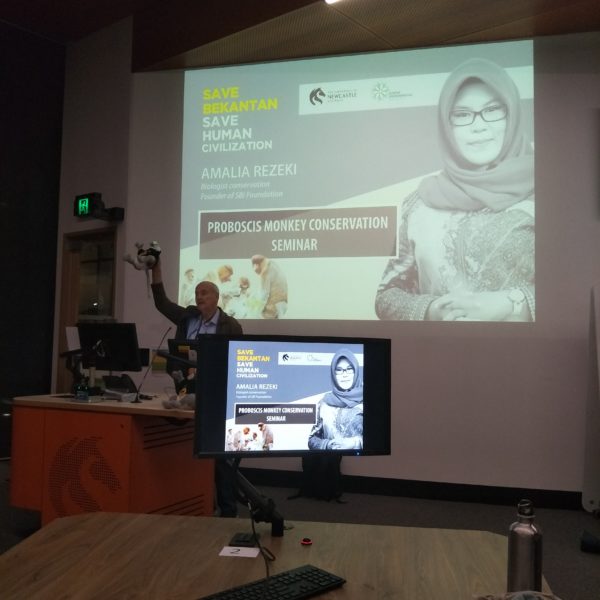 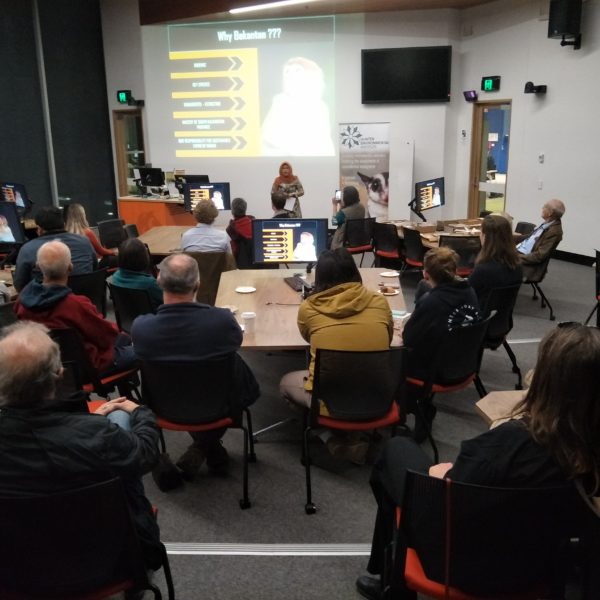 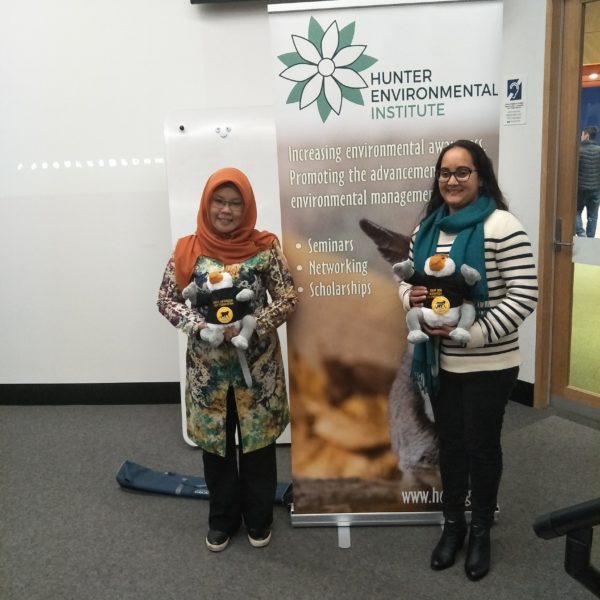 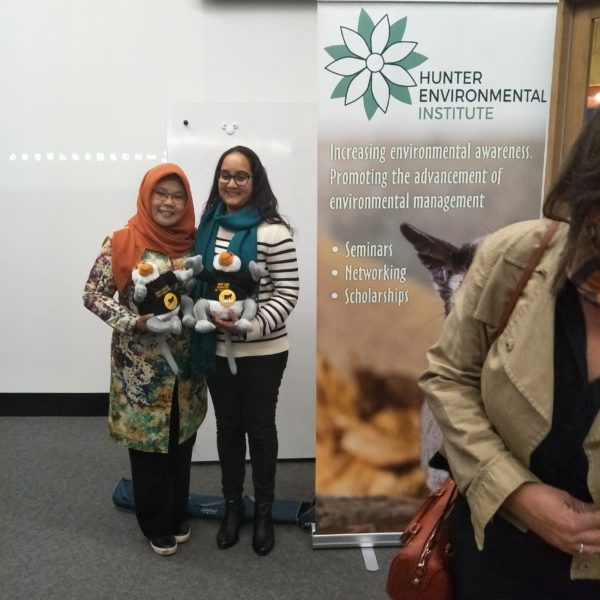 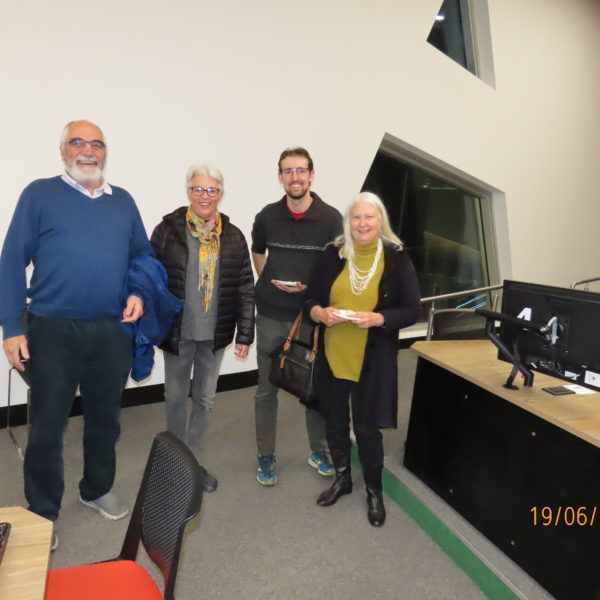 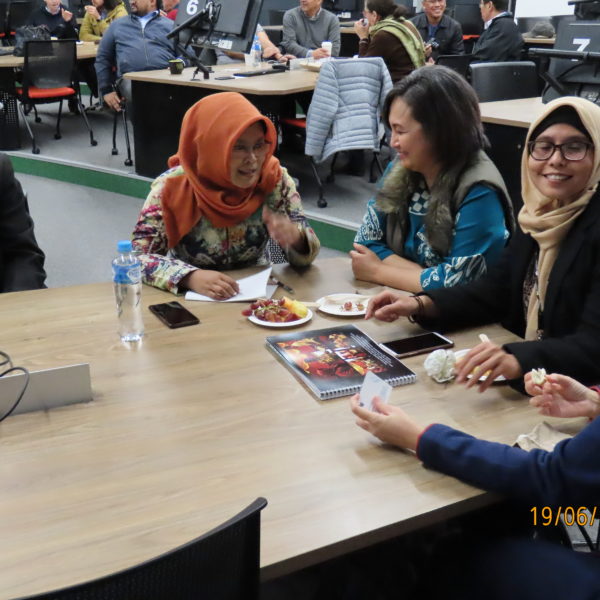 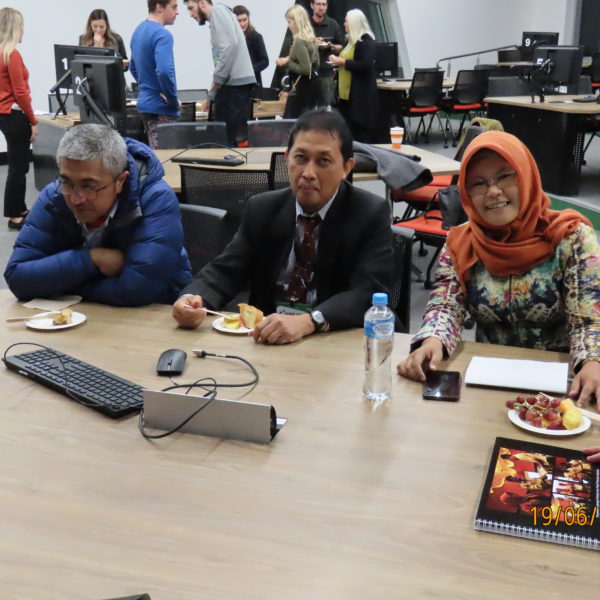