Workshop on Climate Change Modelling and the Use of Models for Planning by Emeritus Professor Will Steffen.

Workshop on Climate Change Modelling and the Use of Models for Planning by Emeritus Professor Will Steffen.

Emeritus Professor Will Steffen  will conduct a technically focused workshop on “Climate Change Modelling and the Use of Models for Planning.”

In a paper in PNAS (Steffen, et al. 2018), the authors noted that:
The Anthropocene is a proposed new geological epoch based on the observation that human impacts on essential planetary processes have become so profound that they have driven the Earth out of the Holocene epoch in which agriculture, sedentary communities, and eventually, socially and technologically complex human societies developed. The formalization of the Anthropocene as a new geological epoch is being considered by the stratigraphic community, but regardless of the outcome of that process, it is becoming apparent that Anthropocene conditions transgress Holocene conditions in several respects. The knowledge that human activity now rivals geological forces in influencing the trajectory of the Earth System has important implications for both Earth System science and societal decision making. While recognizing that different societies around the world have contributed differently and unequally to pressures on the Earth System and will have varied capabilities to alter future trajectories, the sum total of human impacts on the system needs to be taken into account for analyzing future trajectories of the Earth System.
Steffen, W. et al (2018). Trajectories of the Earth System in the Anthropocene. Proceedings of the National Academy of Sciences, 115 (33) 8252-8259 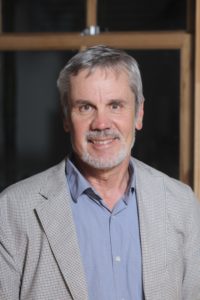 Emeritus Professor Will Steffen is an Earth System scientist. He is a Councillor on the publicly-funded Climate Council of Australia that delivers independent expert information about climate change, an Emeritus Professor at the Australian National University (ANU); Canberra, a Senior Fellow at the Stockholm Resilience Centre, Sweden; and a Fellow at the Beijer Institute of Ecological Economics, Stockholm. He is also an Adjunct Professor at the University of Canberra, working with the Canberra Urban and Regional Futures (CURF) program, and is a member of the ACT Climate Change Council. He is chair of the jury for the Volvo Environment Prize; a member of the International Advisory Board for the Centre for Collective Action Research, Gothenburg University, Sweden; and a member of the Anthropocene Working Group of the Sub-committee on Quaternary Stratigraphy.

From 1998 to mid-2004, Steffen served as Executive Director of the International Geosphere-Biosphere Programme, based in Stockholm, Sweden. His research interests span a broad range within the fields of climate and Earth System science, with an emphasis on incorporation of human processes in Earth System modelling and analysis; and on sustainability and climate change.

We hope you and/or your colleagues will be able to participate in this great opportunity to exchange ideas and experience with one of Australia’s leading climate scientists.
This event will be held at the University of Newcastle NewSpace City Campus (details below) is brought to you by the Hunter Environmental Institute and sponsored by The University of Newcastle, Australia. 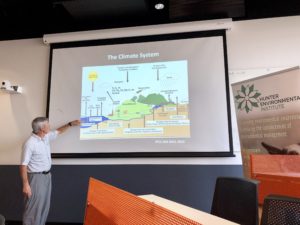 Related article published by Will Steffen: